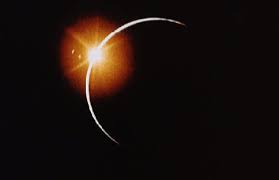 How We Got Started:

In the year 2000, co-founder Chuck Ritz found his vision in life as a amateur photojournalist, it's through his images that he began to show the world sacrifice, death, sorrow, destruction, love, hope, unity, faith and peace. It's through these images that he realized what he captured he showed others what they may or may not have wanted to see. While capturing images of the destruction at Ground Zero, the burnt out home of the Dawson family and at funerals for fallen police officers, Chuck realized just how short and precious life is and can be and at that point made the commitment to give back to the community and those in need.

Chuck began riding motorcycles in 1979, at the time he never knew that his love of riding something with two wheels and a motor could change and better the lives of people he never knew or met. In the years following he began to realize that those who love to ride motorcycles are the most caring and giving group of people that he has ever met. It was after researching the statistics of child sexual abuse that Chuck became a passionate advocate for the innocent victims. Knowing that 1 in 3 girls and 1 in 6 boys will be sexually abused before they turn 18, that only 1 in 10 cases ever get reported and that over 95% of the victims know and trust their abusers is the reason that Chuck and his wife Hope continue to raise awareness about this silent epidemic.

In 2006, Chuck founded The Ride for Life Motorcycle & Music Festival to help raise awareness for the victims of child sexual abuse and funds for Baltimore Child Abuse Center. The ride has since raised over $48,000.00 to support the programs that the Baltimore Child Abuse Center offers free of charge to the innocent victims and their non-offending caregivers. Today, Chuck and Hope (who also loves to ride) take part in over 20 charity rides a year helping to raise tens of thousands of dollars for those in need.

After the terrorist attacks of 9/11, Chuck ventured to New York on the 18th of September 2001 to see for himself that the attacks really happened, for him it just didn't seem real by watching it unfold on TV. While walking the streets surrounding Ground Zero he noticed that his pants and shoes were covered with dust, it was not just dust of the debris pile but that of also the incinerated hearts and souls of those who died.  The spirits of those who Chuck carried home remain with him today, its through sudden and tragic events like 9/11 that Chuck has met so many people after they have left this world. That's why he continues to make sure that we keep our promise of to Never Forget 9/11, those who lost their lives and the sacrifices made by others to keep us safe and free.

In 2011, Chuck worked for 11 months to organize the 9/11, 10th anniversary Ride to Remember in partnership with Harley Davidson of Baltimore and McAvoy's of Parkville. Today through Hope and Chuck's vision to create the Path of Honor, Patriot Day Ride and host the 9/11 Candle Light Vigil together with the owners of McAvoy's is so that our promise is never broken through time.

For Hope and Chuck its about, Community, Compassion and Commitment. One may have a vison, two a dream, but it's together that we can make a difference.

We are advocates. We are the voice of the young and old. We are ambitious, humanitarians, business owners, artists, and students. We are unique individuals who are ready to see change in this world and are eager to pursue it. As a non-profit, our team is completely compiled of passionate volunteers who want to make a difference. By building awareness and through fundraising we hope to better the lives of those in need, turn victims into survivors and remember the sacrifices made to keep us all safe and free.

We are a community based  non-profit organization that promotes raising awareness for social issues we believe in. Child Abuse and Human Trafficking, Homelessness, and Veteran Affairs along with providing educational programs to teach about the worst terrorist attacks on American's - 9/11.


● Over $48,000 raised for the Baltimore Child Abuse Center through the Ride for Life

● Over $2,000 worth of supplies collected and delivered for the Hurricane Sandy victims in partnership with McAvoy's of Parkville

● Over $900 worth of toys, food and gift cards collected and donated to a family in need for Christmas in partnership with family and friends.